View video about this event here. 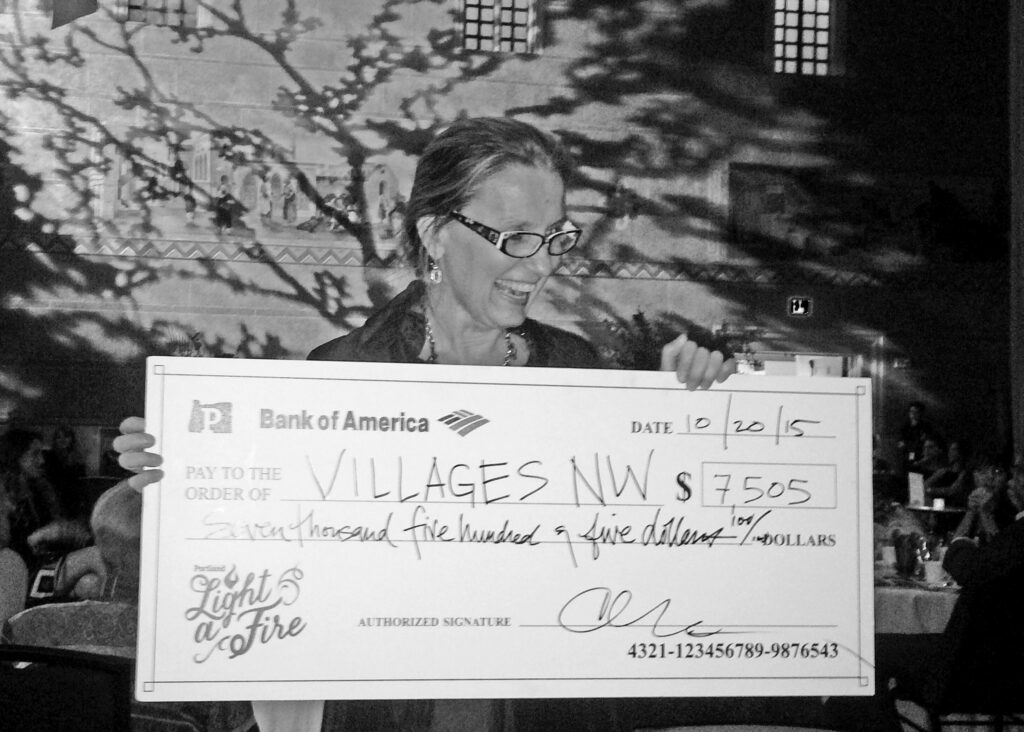 Portland, Oregon — On October 20th, 2015, Portland Monthly named Villages NW 2015’s Best New Nonprofit at the magazine’s annual Light a Fire Awards ceremony. Villages NW was further honored by attendees at the ceremony, who selected them as one of two “favorite nonprofits” in a tie vote. This “people’s choice” award netted the organization a $7,500 prize.

Every year, Portland Monthly convenes a panel of the region’s top foundation and corporate-giving leaders to select Light A Fire award nominees in a range of categories, all focused on making Portland more prosperous, beautiful, healthful and sustainable for all who live here. This year, Villages NW was honored for its work toward enabling “more Pacific NW residents to successfully age in place.”

The award adds a significant milestone to an already consequential month for the nonprofit. On October 1, 2015, Eastside Village, a member of Villages NW’s consortium of neighborhood-based villages, launched and began accepting dues and providing services to members.

“Villages NW is deeply honored to have been chosen the best new nonprofit of 2015.  When we began this journey in October of 2011, we could never have imagined that 4 years later we would have 7 Villages in development across 3 counties and that hundreds of volunteers would be working to transform what it means to age here in the Portland metro-area. It is truly a dream coming true,” said Anne Andler, Villages NW founder and Executive Director.

Since its establishment in 2013, Villages NW has worked tirelessly to organize thousands of neighborhood residents to establish grassroots Villages whose inhabitants help each other age affordably in their own homes through coordinated volunteer work and low-cost services provided by participating vendors. Village members can expect support with everything from running errands and minor home repair to in-home medical care.

Individuals and businesses interested in joining the Village movement or, potentially, starting a new Village, should visit www.villagesnw.org/ for more information.